On The Road To New Orleans

Wednesday: (02/27) Lou made omelets for breakfast. 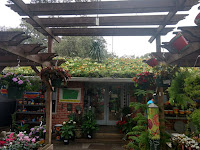 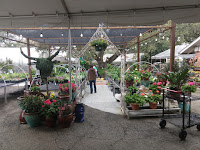 We then drove over to the Great Outdoors nursery on Congress St. We saw it as we passed on the bus and it looked like a great place to look around. It was. Very interesting setting and stock. We returned to Walmart and fueled the Jeep and RV and were off toward New Orleans. We stopped for lunch at a Chinese Buffet in Brenham, Texas. I needed a good nap but I wanted to get through Houston before the peak rush hour traffic. We almost made it but ended up with about 20 minutes of stop and go when we got on Interstate 10 but it opened up nicely after that. 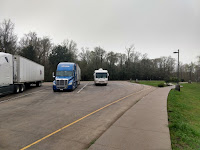 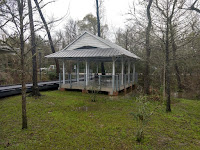 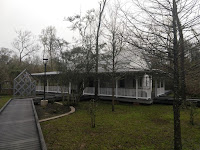 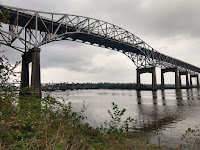 The rest stop is rather interesting because it doesn't look like one.

Thursday: (02/28) Granola for breakfast. On the way we stopped at a Visitor Info Center, then  drove on to Beaumont, Texas where we attempted to go see the Big Thicket Preserve. Unfortunately, we followed the signs and ended up nowhere near the preserve. So we headed on toward New Orleans. We stopped at the Isle Of Capri Casino near Lake Charles to donate a couple of dollars. We continued on with nice traffic jam on I10 and then stopped in Crowley, LA for the night at a Walmart. Chili for lunch. Tacos for dinner.
(GPS: 30.231302, -92.364454)