Wednesday: (05/08) We prepared to roll and rolled over to dump our tanks one last time. Then we returned to our spot for breakfast. I wanted to beat any crowd at the dump station. We checked out of the park at 1030 and went over to Costco to get a few things. Before departing we had lunch. We were finally on the road a little after noon. We took Highway 440 to Highway 22 / I73. Even though I had Google Maps set to avoid tolls, we ended up having to pay a $16 dollar toll just to leave New Jersey. We tried to avoid the toll bridge  by going through the city but were stopped by a bridge guard that pointed out we exceeded the bridge weight limit of 3 tons. Mind you there were no signs approaching the bridge, just on the bridge and then no escape path. We were able to wind through a parking lot and back to the toll bridge. The only other alternate was a bridge 20 miles East. Seems like New Jersey really wants the maximum money from highway users. We entered Pennsylvania ending up on Highway I78 and stopped for the night in Hamburg at a Cabela's store. We had dinner at a nearby Chinese Buffet. Not too many miles but nice to be away from the city even though we are freeloaders in a parking lot. In trying to avoid tolls we ended up further North that I had planned. 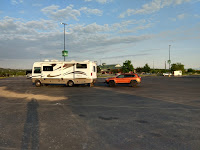 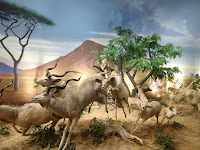 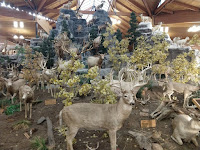