Wednesday: (06/12) Granola and banana for breakfast. We prepared to roll and were on the road at 1030. We headed up Highway 95, 495, 83, then 30 to Lancaster Pennsylvania. We stopped in York, PA for lunch at the York Buffet, possibly the best chinese buffet we’ve been fortunate to find on our trip. Lou and Dawn examined the Tanger Outlet Mall in Lancaster while I relaxed. We intended to stay at the Walmart in Lancaster which said we could when we called. When we arrived, there were signs prohibiting overnight parking. We then tried the Cracker Barrel but they didn’t have any RV parking. So we looked for an RV park and decided on the White Oak Campground in Strasburg, PA, a few miles South of Lancaster. Looks like a nice rural park in the middle of Amish Country.
(GPS: 39.944092,-76.140832) 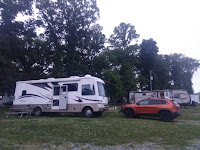 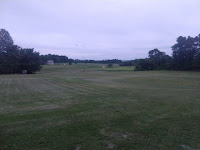 Thursday: (06/13) Lou made omelets with grapes for breakfast. We went over to Strasburg to look around. On the way we stopped at a farm that had  homemade ice cream. Nice start. In Strasburg we stopped at a bakery for a snack then visited several antique stores. Just outside town we stopped at another antique store and a really nice market that had everything a regular market had but it something was produced locally like baked goods or jams, that was all they carried. We then went to the Dienner restaurant next to Dutch Haven in Bird-In-Hand. We enjoyed an excellent smorgasbord for a late lunch. After lunch more looking at the shops and antique stores. It seems that most things close at 5pm so we headed home. While we had heavy rain last night today was nice until shortly after we got home. 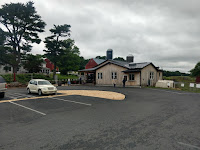 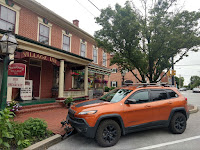 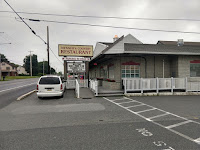 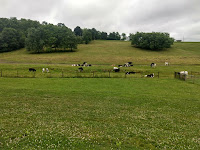 Friday: (06/14) We went to breakfast at Dienners Restaurant where we had inner yesterday. Really good Amish breakfast. They eat well.  After breakfast we drove toward New Holland. We stopped for a while to watch an Amish farmer mowing hay with a six horse team. Interesting that the mower had a small gas engine on it powering something  In New Holland we visited several antique shops. No lunch today. We had an early dinner at China One in New Holland. On the way home we stopped at a Mennonite market and picked up a few things. I finally mentioned to Lou that my right foot is bothering me. It has been for the past couple of years. They want me to have it looked at. Unfortunately the nearest Kaiser is 60 miles South around Baltimore. I will probably until we get home. After some searching with Google I suspect it is Morton's neuroma (something like carpal tunnel syndrome of the foot.) Basically damage to the nerves of the foot. Causing a burning sensation and other pain behind the 3 and 4 toes in the ball of the foot. It mostly bothers me when I start to walk somewhere. Generally OK when still or after some distance walking. More recently it bothers me a little when I’m still. If relaxation, a change of shoes and icing helps I’ll wait to see if it gets better. 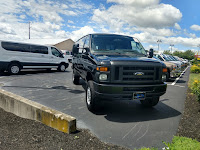 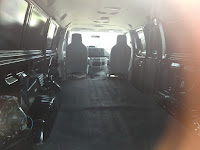 Saturday: (06/15) The office provided Father’s Day donuts in the morning. We prepared the RV to roll. We only had to move a few spaces down to another space for our next four days. We had leftovers for breakfast and lunch and I had chili for dinner. I relaxed at home all day. Lou and Dawn were out shopping at flea markets and antique stores all day. The did start there shopping by going to a nearby farm to get a shoofly pie. While there were out, som Amish kids rode up in the horse cart with chairs, tables and lots of baked goods. I got a nice peach pie as well. About 1800 I went over to the bluegrass music jam at the office. When Lou and Dawn got home , they joined me. Lou noticed my right foot was swollen and we had to dash off to urgent care to have it looked at. More may have to be done but definitely lots of time off my feet is needed. We got home about 2315.
(GPS: 39.944437, -76.139825) 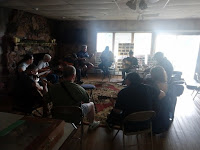 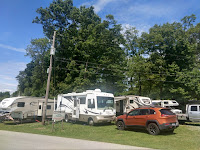 Sunday: (06/16) Another day of rest. We had pie for breakfast. About noon, Lou made corned beef hash and eggs. I was occupied watching Dalgleish murder mysteries as well as some youtube. Almost all our neighbors left this morning. Weekends over. Lou made zucchini with sausage for dinner. 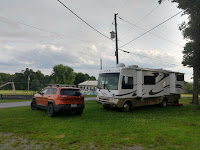 Monday: (06/17) Leftovers for breakfast. Lou and I were off to the doctor again. I’m trying to get a 2nd opinion on my foot from a podiatrist. It didn’t take long. The place the urgent care referred us to didn’t have any appointments for a couple of weeks so we stopped by another nearby doctor that Google suggested. We got an appointment for Wednesday. We returned home and extended our RV park stay another day. We stopped and did some grocery shopping on the way home. We then picked up Dawn and were off for my Father’s Day lunch at Dienners Restaurant again. Back home,  I settled in to relax and ice my foot and Lou and Dawn were off exploring the stores. Those smorgasbord lunches last I had a ham sandwich for a late dinner.

Tuesday: (06/18) Lou made our breakfast of blueberry sausage with eggs and hash brown potatoes. I relaxed at home all day and Lou and Dawn were off exploring antique stores. I had cottage cheese and fruit for lunch. They were back home by 1700. Lou made tuna stuffed tomatoes for dinner.

Wednesday: (06/19) Up at 0600 to take a quick shower and head off to the podiatrist office. We got to Dr Smith’s office around 0710. We were a bit early for our 0730 appointment. The doctor checked my right foot and confirmed I had Morton’s Neuroma, a swelling of the nerve between my 2nd and 3rd toes. He gave me a steroid shot and a prescription for  naproxen to reduce swelling. Also installed a metcookie in my insole to support my foot off the ball of the foot. We then stopped for breakfast at the Logan City Diner. Then a couple of thrift stores and the post office. We then stopped by a Walmart store and it was time for lunch. We, of course, visited the Dienners Restaurant again. We were back home by 1500. Lou made an apricot cobbler for dinner. They were busy in the evening watching and catching fireflies.

Thursday: (06/20) Granola for breakfast. We got a new site in the RV park for the next 3 days. It is an Electric/Water only site, no sewer. I dumped our tanks and did a good flushing of the back tank before we moved. The park will be even busier this weekend than last, thus no full hookup sites. When I hooked up I noticed the outlet we were to plug in to was bad. Lou notified the office and before she could return a guy was there working on it. It came on after I flipped the breaker about 6 times. The outlet looked bad as well and the guy replaced the outlet. I just hope the breaker stays on since AC is really needed. Lou and Dawn  were off to do the laundry and I relaxed at home. They also looked at a recycled hobby store and did some shopping. They had lunch at a Weis Market deli. I had hm and cheese cold cuts and hummus with chips for my lunch. Lou made a nice green salad for dinner. Lots of new/different RVs were arriving all day. 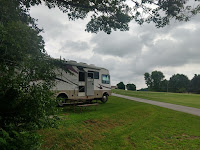 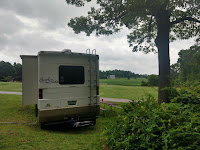 Friday: (06/21) Up early. Lou and Dawn had breakfast and showered and were off to Philadelphia to a look around. I relaxed at home. My foot is pretty much normal now but I’m letting it rest. I had a chili size for lunch. My exercise for the day was a walk around the campground to dispose of the garbage and take a shower. Later I took a short walk around camp for a stretch at 1900. I prepared some ramen noodles and sausage for my dinner to take with the pill the doctor prescribed. Lou and Dawn were back about 1930 from Philly. We had a lot of rain in the morning and the afternoon was pretty nice.

Saturday: (06/22) Granola for breakfast. A really nice day. Almost no rain and mostly clear skies. We drove to downtown Lancaster to the central market  for a look around. On the way home we stopped at Annie’s Cafe for lunch. Back at the RV park we bought a pie from the Amish vendor that sells in the park on Saturdays. Mostly relaxed the rest of the day. Lou made tuna noodles for dinner.
Posted by Don Wood at 7:14 PM