Tuesday: (12/27) I made ham hash and eggs for breakfast. We took a walk to see the Barron Park Donkey’s, Jenny and Perry. Jenny is a new addition after the recent death of Niner. Donkeys are so nice. Afterwards, we continued our walk by going over to the Palo Alto Veterans Hospital for tea and lunch. Dawn made macaroni and cheese with baked cauliflower for dinner. 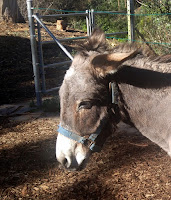 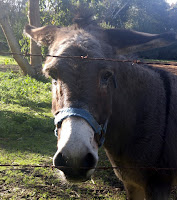 Wednesday: (12/28) Leftovers for breakfast, lunch and, inner. Lots to go. We were out all day for appointments.

Thursday: (12/29) Lou made potato pancakes with apple sauce and sausage for breakfast. Lou and Dawn had some errands and i worked in the Office in the morning. We went to LUU Noodle House for lunch. After that we did some shopping and visited Connee in San Jose. After that Lou and Dawn had an appointment and then we returned home. Dawn made some sausage with red peppers and mashed potatoes for dinner.

Friday: (12/30) Granola for breakfast. Lou and Dawn were off early to a thrift store. I headed down to San Jose. I installed the box of gutter guard I bought as a test of the fit. Fits good. I ordered the rest that I need to install later in a week or so. Cheapest is Menard’s supply in Wyoming which gets it to me at less than half the cost of Lowe’s and ⅓ the cost of OSH. Love the Internet. I stopped for lunch at La Victoria on the way home. Leftovers for dinner. I had a pepper steak sandwich.