Saturday: (11/10) Left Pinnacles NP about 1000. Stopped at Lowe’s in Gilroy and bought a pipe plug to cap off the water to the toilet. I’ll have to lift it sometime to check whether it is a broken toilet or a pipe nipple? I installed the plug then continued on to San Jose. I stopped at the house in San Jose. Couldn’t find a parking spot closer than eight blocks away. I met Lou and Dawn there. She had brought the keys to the house. I checked the furnace and found it had a 31 error code which means a pressure sensor was either bad or indicating a problem. It seems beyond my easy solution so I scheduled a repair tech for Wednesday. Pancakes and sausage for breakfast. Lunch at Original Joe’s. I was dropped off at the RV and drove it home and tucked it in the driveway. Lou and Dawn were out shopping. They called me and told me that a neighboring closed restaurant was on fire. I walked down to take a look and found two ladder tower trucks and six pumpers from both Palo Alto and Mountain Views fire departments busy. El Camino Real was closed down so lots of traffic passing by in front of our house. We already had way too much smoke in the air from the Oroville fire so this really didn’t help. Leftovers for dinner. 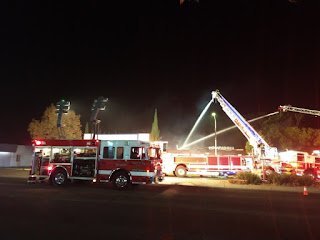 Sunday: (11/11) We all drove down to San Jose. I dropped Lou and Dawn off at the mall for a walk indoors, out of the smoky air. I bought new smoke CO detectors and installed them at the San Jose house. Replacing batteries every year seems to be a problem so the new ones are good for 10 years. I also intended to install a new disconnect switch on the furnace but was missing some things so task deferred. I picked up Lou and Dawn and we headed home. Granola and diced apple for breakfast. Lunch at Aqui’s Mexican Cafe in Willow Glen. Leftovers for dinner.


Monday: (11/12) Smoky. Drove down to San Jose and installed the disconnect switch for the heater and identified the circuit. I also installed some LED lights in the apartment. On the way home I met Lou and Dawn for a late lunch at LUU noodle house. Pancakes with sausage for breakfast. Dawn’s soup for dinner. 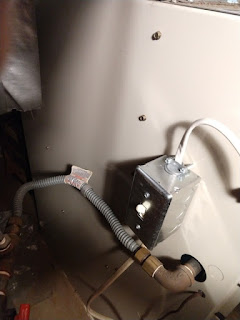 Tuesday: (11/13) Air quality extremely unhealthy. I spent the morning cleaning up my shop. The floor had disappeared so I organized, put away, and disposed of a lot of stuff. I also pulled out a heater for Lou to use in the cottage while they clean it up. I ordered the concrete and bricks I will need for the next phase of the walkway and Ernie’s shed. I started to consider delaying the concrete floor for Ernie’s shed until next year due to some forcat rain next week and our starting to have colder days. I finally decided to go ahead and get the concrete and just have it available when we do have some nice days. I pretty much relaxed in doors the rest of the day. We have unhealthy air due to the fire in Butte County.  Granola for breakfast. Ham and cheese sandwich for lunch. Dawn’s soup for dinner.

Wednesday: (11/14) Air quality extremely unhealthy. I drove down to San Jose at 0800 to meet the Heater repair technician. He arrived about 1000 and checked the heater and found a tripped outflow sensor. Evidently when the heater was first started for the season it had difficulty lighting and possible that tripped the sensor. It must be manually reset. Now I know. Since the heater is 30 years old i had the igniter replaced while he was there. I also enrolled in Atlas/Trillo’s annual service plan, just in case. I had to go and get a new filter and install it and got lunch on the way from Lowe’s. I also visited Walmart’s super store on Story Road. After installing the filter I vacuumed the attic. Breakfast burrito from La Victoria Taqueria in San Jose. Lunch at TK Noodle House in San Jose. Fish with asparagus and rice for dinner.